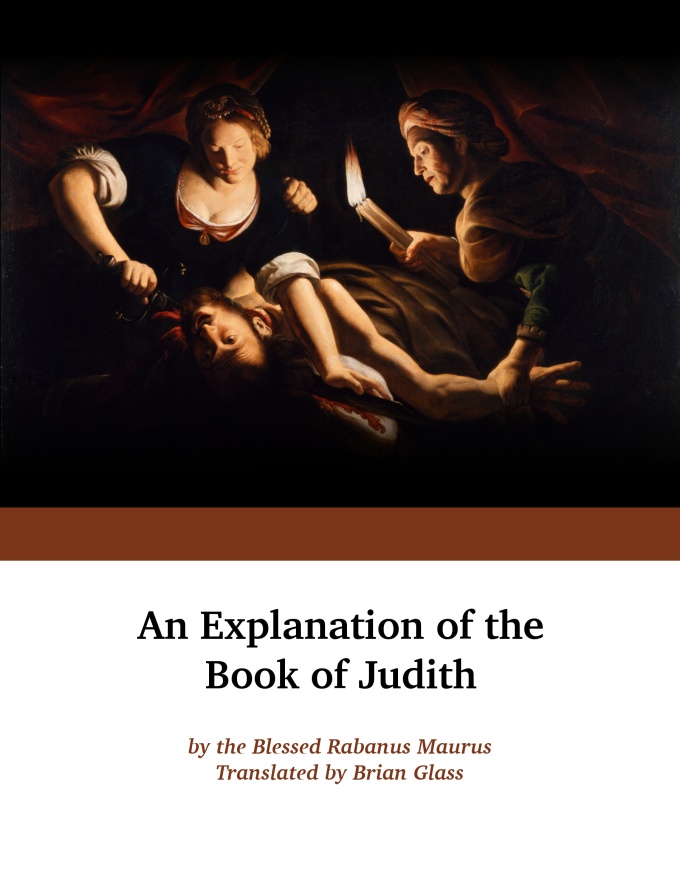 I’m pleased to announce that I have completed a draft of chapter 4 of Abp. Rabanus Maurus’ commentary on the book of Judith.

Up until now we’ve been following the activities of Nebuchodonosor (Nebuchadnezzar) and Holofernes in their campaign to take over the world. In chapter 4 we begin to learn about how the people of God react to this campaign through prayer and fasting.

A good example of this approach is found in the following paragraph:

In fact, these very ones are the altar of God, who, upon the altar of their hearts, continually offer a sacrifice of praise to God. Truly the haircloth, which is woven from the hair of goats, bears well the figure of sins, for which repenting is entirely necessary, because without it the sinners themselves do not find cures of true wholeness.

Rabanus finds a parallel between the altar of God and our hearts, upon which we offer a sacrifice of praise. He also find a parallel between a garment made of goat hair and sin. It is interesting to recall that the Israelite sacrificial system included a “scape-goat,” upon which the sins of the nation were place. In the subsequent paragraph, Rabanus takes this metaphor one step further and ties it to the “altar of the Cross:”

This also needs to be known, that in pious prayers it becomes important and the principal aid if a remembrance of the Lord’s passion is employed, which was completed on the altar of the cross for our sins, because not only for our offenses, but also for those of the whole world, was the blood of our redeemer shed in expiation for all sins. About which John says, “we have an advocate with the Father, Jesus Christ the just: And he is the propitiation for our sins: and not for ours only, but also for those of the whole world” (1 John 2:1-2).

But I think it’s important not to miss the message of this chapter. The Israelites beseech God fervently in fasting and prayer when they come to the realization that they are going to have to contend with Holofernes. Rabanus likens Holofernes to the antichrist and Nabuchodonosor to the devil himself. The clear message is that when we ourselves contend with the wiles of the devil, our only hope of deliverance is repentance, fasting, and prayer.

For further information about this translation project, please see my series of posts on Judith.